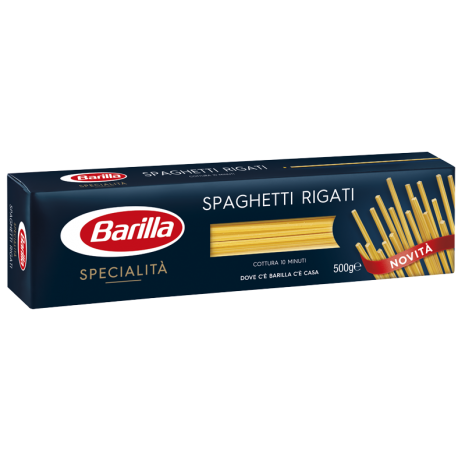 A ridged shell pasta that has been rolled to form a long oval shape. It was orginally named Paguri after a tiny crab found along the coast of Italy that had a shape resembling the pasta. It was then renamed Castellane, meaning "castle dwellers" which was said to have originated by the women in Italian court, who draped their plentiful skirts over their left arms as they walked, thus the similar appearance to the shape of the pasta with the flowing extension.

No customer comments for the moment.

11 other products in the same category: